Apollo is a very famous motorcycle in the dirt bike category. Its random design makes satisfaction to many riders over a long period of time. Moreover, it is a cost-friendly model that makes the different levels of riders able to purchase this.

Let’s have look at the fantastic specification of the Apollo 125cc pit bike that made it prominent to a wide group of regular riders. 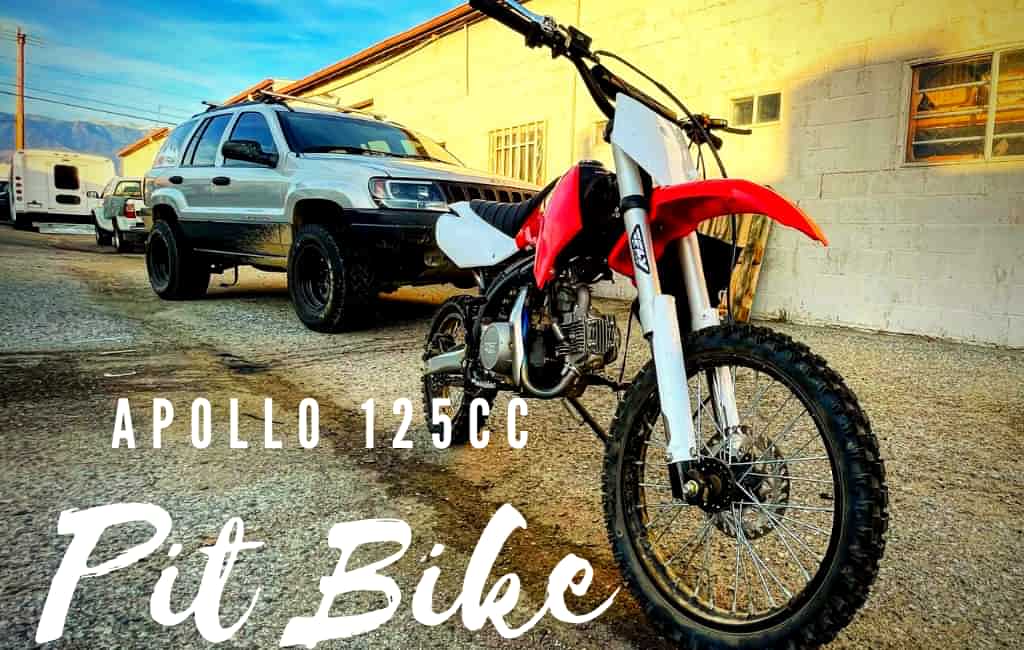 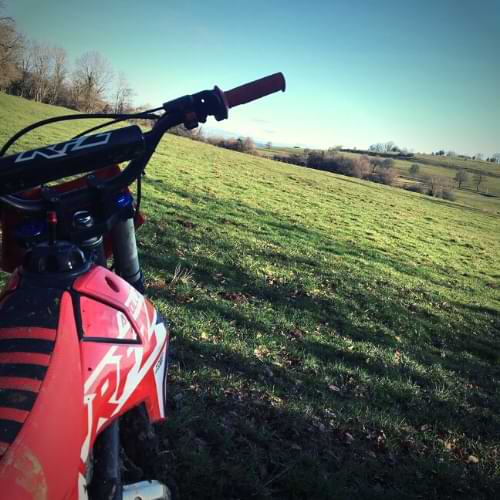 Apollo brought this dirt bike model quite a long ago and still running on full suing. They used a 4-stroke 125cc engine that made it a medium power dirt bike. By its body and engine size, it’s a bit smaller than a usual dirt bike and that’s why it’s also considered a pit bike.

Apollo 125 can be as speedy as 55 mph. It can produce 8.16 horsepower at 7500 RPM. The dirt bike uses the conventional air cooling system with sufficient space for the air to push through. The latest CDI ignition system is used in this Apollo 125 for the strongest combustion. Like it needs it has a single cylinder and 4-speed transmission system. The 4-speed manual transmission makes it easy for the rider to high up the speed on a controlled balance.

Note that the manufacture of this specific model keeps some components not assembled. So they require you to assemble those by yourself. These pit bikes include handlebar brackets, wheels, brakes, number plate, and fender. But some suppliers get their products all assembled and ready to go.

The Apollo 125 dirt bike uses the most effective hydraulic disc for both front and rear brakes. But it needs you to gradually pull like a fine-tuning. Sudden pull on high rotation can cause loss of control and consequently fall. They used a high-quality metal in the brake cable. It is free from moisture and can defend against heat. It can hold brake fluid for a longer time.

The front tire of this dirt bike is bigger than the back one. Apollo uses a 17’ tire on the front wheel and a 14’ on the rear. The big tire on the front takes the full shock and transmits it to the suspension. The back wheel is the place your seat is located on. So it is under your sit. So the pit bike shock under that effects more easily. But a smaller wheel and tire can easily bypass that hit and so Apollo designed a 14’ tire for the back wheel. 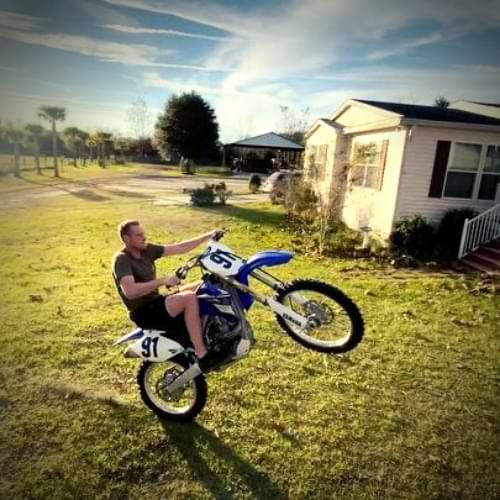 This pit bike often comes as colorful. But the manufacturers maintain a standard in its color fashion. Plastic kits that come with this have a polished glossy fashion to be suitable for riders' choice. The dirt bike being originally built for motorcycle racing also demand a show-off purpose. So things that are to show needs to be colorful.

Some rider wants their bike to open like a naked bike. This bike is almost open from left to right except for the seating arrangement. These are the choice of some mechanical mind who keeps their things technically open. You know some people used to keep their desktop open in the earlier time and the latest upgrade is they now use a transparent desktop casing to make all components inside visible.

So what are the pros and cons?

Benefit of this apollo 125cc

The negatory features of this bike are too minor and ignorable to most of the consumers. But some of them still have some different observations.

This is a common question with no clear answer. But you should speculate this in a gross manner. Nothing is similar to one another. Apollo 125 pit bike uses a better tire and wheel. Even though we don’t find any difference, we should focus behind the title that manufacturers ascribed on. As they entitled Apollo with a dirt bike, it must be more powerful with no doubt. On top of that, not everything can be differentiated by its parts’ rating. Let's say an iPhone has a 48 mp camera and a Oneplus has rated their camera as 48 mp. So are those two cameras the same?

Who can ride this dirt bike?

The Apollo is rated as an adult dirt bike. But this off-road bike is neither a small nor a big dirt bike to be limited to a specific group of riders. It’s suitable for both father and his big boy. A physically grown-up man or woman with an age of 16+ can easily ride this bike. So the reference to the adult is those who can afford to be on this. Many of the customers in Amazon buy this Apollo dirt bike for their son and they go for a race together. They also provided many positive reviews that project their satisfaction of riding to this.

Why is the Apollo 125 dirt bike is called a pit bike too?

A Dirt bike is originally larger than a pit bike physically. A dirt bike also comes with a higher-rated engine. Apollo 125 comes with a 125cc engine. But most branded dirt bike designed their dirt bike model with the minimum engine of 250cc created. The smallest dirt bike made by KTM offers a 250 cc engine. Even, China manufactures brand SSR offers a 150 cc engine in their smallest dirt bike. So, Apollo 125 is officially a dirt bike but treated a pit bike to some riders due to its size and components rating.

Can I modify and upgrade the Apollo 125

Before you modify your Apollo pit bike make, you should know that it’s not recommended to modify your bike with different parts other than what the manufacturer suggests. However, you can still replace some components with more powerful ones. Apollo has kept enough space around its engine to replace the engine with a higher cc-rated engine. You can also accommodate an electric engine starter on the engine if it suits.

To sum up, the dirt bike Apollo is favored by most of the common riders with no issues. They evaluated this by their own riding experience. Most of them like me have run a long way for a long distance and then recommended this in the various marketplace. So, It seems worthy of your money and got a fun time with this.

Pit bikes usually come with a low-powered engine. As a result, you can not expect much speed and distance with the stock bike. But there are no restrictions in replacing the old and dusted engine with a new one. Replacing the motor with a polished and refined heavy-duty engine will make the bike enough faster…

SSR 125 is 124cc engine-powered pit bike series of the SSR brand. SSR pit bike is a Chinese brand that provides varieties of variations in pit bikes in terms of engine capacity, suspension system, ignition, and alternation. SSR offers their pit bike at a lower price in comparison to other brands that make pit bikes. The…

We know that doing wheelie mostly depends on individual expertise. But some external factors like the weight and power capacity of the bike can also play an important role in increasing the success rate. Therefore, we thought about reviewing some of the best pit bikes that would bring forth excellent support while learning or doing a…

It doesn’t seem safe to provide the youngest member any pit bike to learn bike riding basics. The seat height may not be appropriate, not even the control. Therefore, a 50cc bike can provide adequate safety to the kids. Typically, a 50cc bike has a two-stroke engine with a pull starter. The control lies on the… 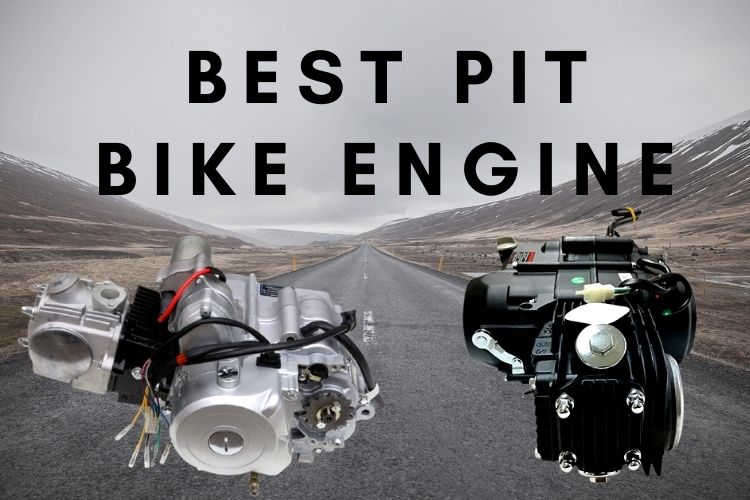 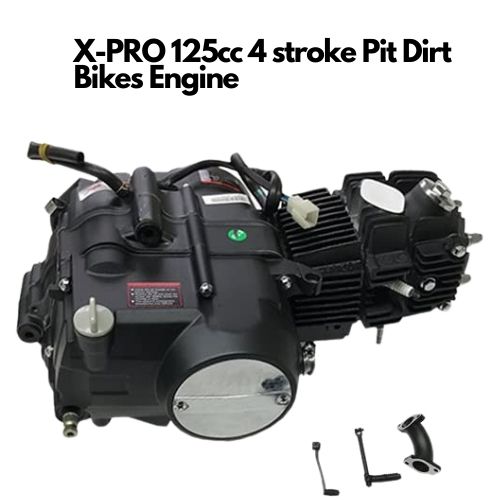 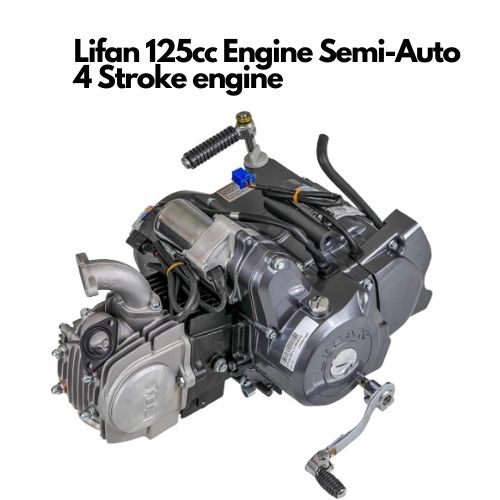 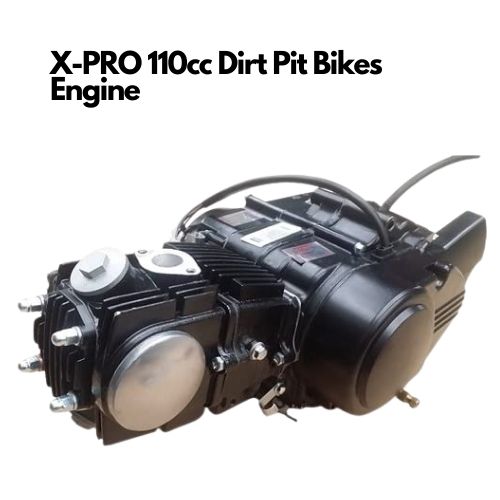 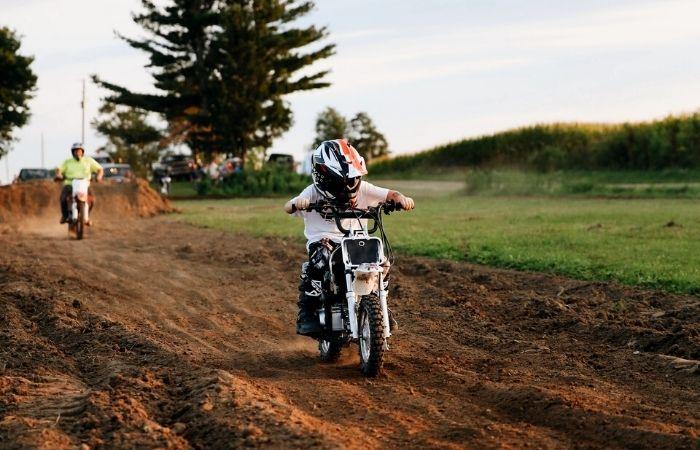 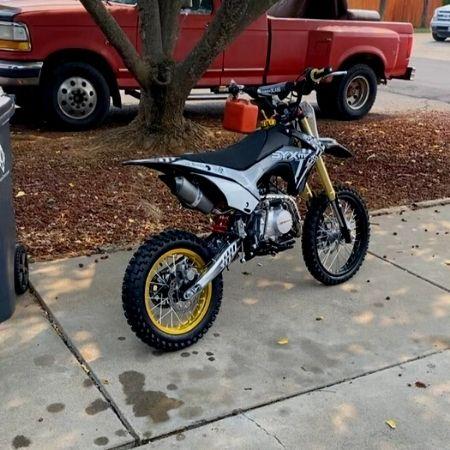 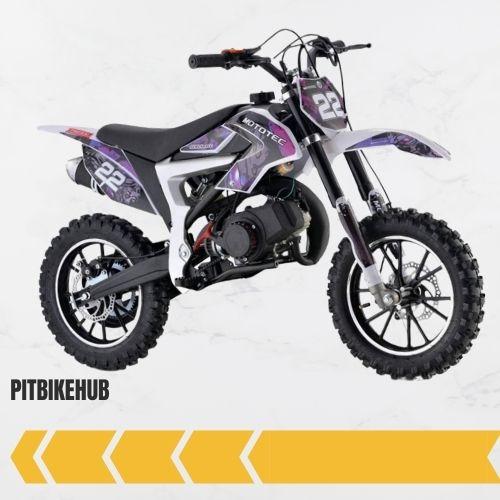 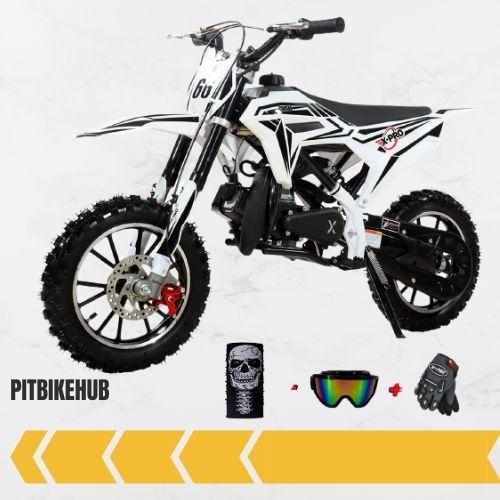 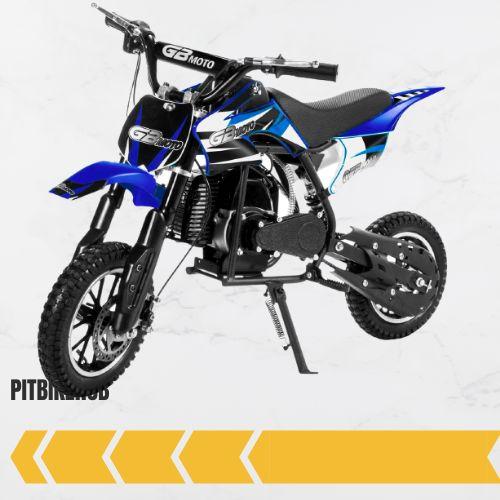 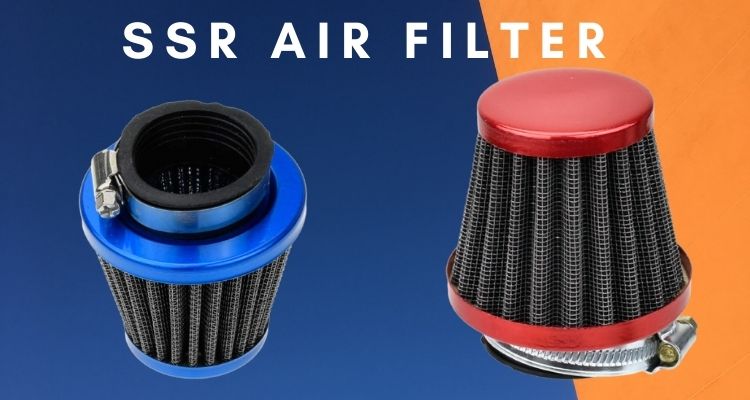 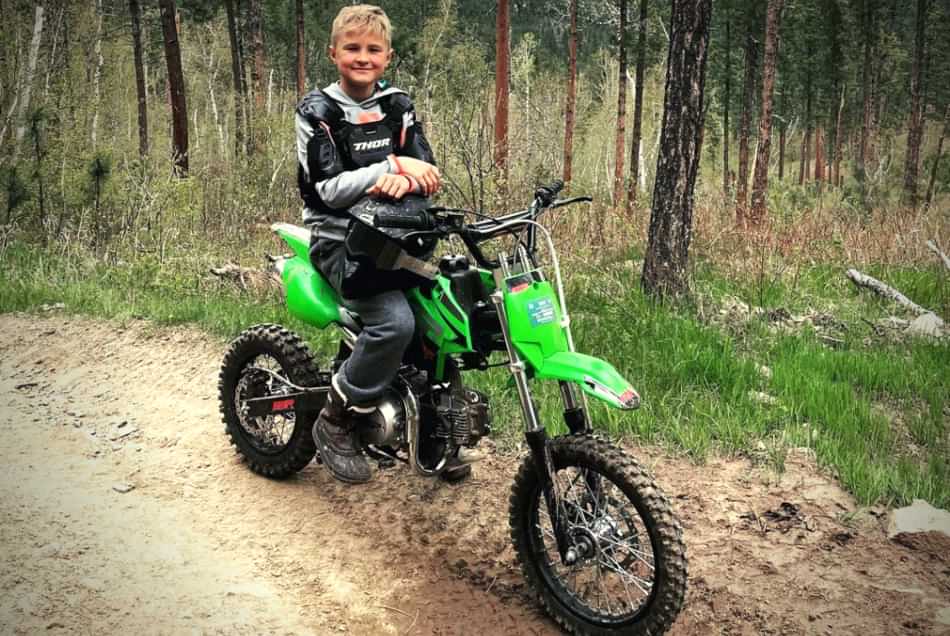 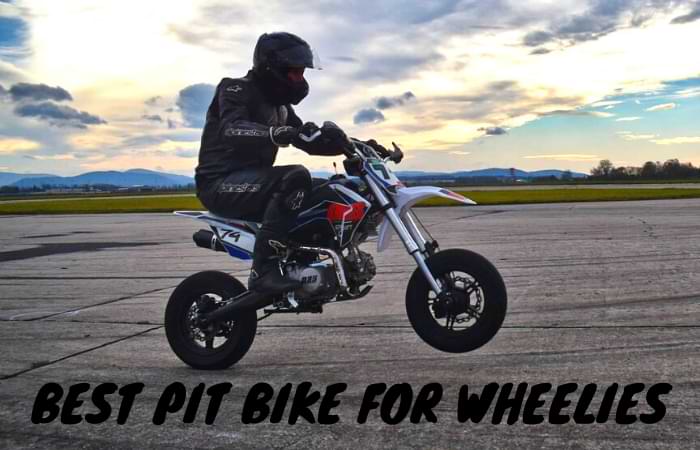 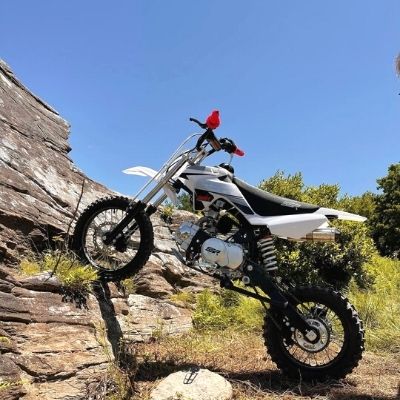 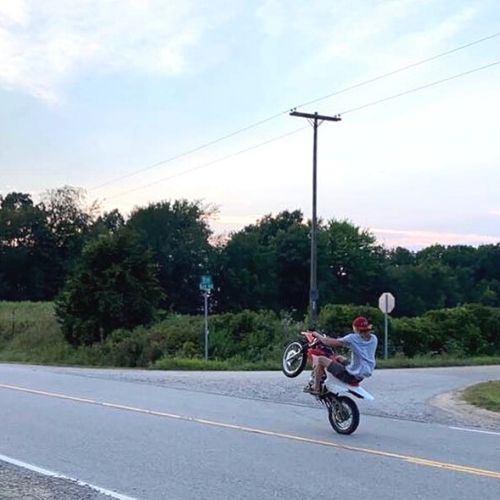